The SMC Group gets its name from SUPER MARK CORPORATION (SMC), founded by Pradeep Deshpande in 1989 as a trading company specialising in the supply of industrial products. The company started its business with the supply and installation of Kirloskar / Cummins / Parrys diesel generating sets as well as pumps, flame proof electricals and other products. The first major product that Super Mark Corporation marketed was the positive displacement pump manufactured by Tushaco Pumps Pvt. Ltd. SMC has played a significant role in helping Tushaco Pumps establish its business in Pune.

In 2000, PECD decided to have its very own product. The Electrostatic Oil Cleaner was launched under the brand name of Microcare.

The MICROCARE Electrostatic Oil Cleaner is the first machine of its kind and is fully designed and developed in India. It is manufactured using exclusively indigenous components. This product gave the SMC group an opportunity to enter the hydraulics segment since the primary use of the electrostatic oil cleaner was filtration of hydraulic oil. Constant interaction with users of hydraulic systems and machines led to newer opportunities for supplying hydraulic components like pumps, valves, filters, accumulators and other components for reputed brands. And so, the SMC group added Bosch Rexroth and Hydacto its portfolio and became the authorised sale partner for Hydac and Bosch Rexroth in 2004 and 2005 respectively.

Having established itself as a dependable supplier of hydraulic components, Super Mark Corporation got the opportunity to supply hydraulic power packs. As a result of this, SKF India Ltd. became SMC’s first customer for hydraulic power packs made exclusively in India and stopped importing them from its parent company.

With a considerable increase in the business for hydraulic power packs, there was a need to concentrate efforts on this activity. With this in mind, a new company, Fluent Hydro systems Pvt. Ltd. was added to the SMC group with the support of other experts in hydraulics, Shailesh Nigudkar and Prashant Patwardhan. This venture was launched in 2010.

Fluent’s manufacturing facility is located in Sanaswadi with in-house design and development capabilities for hydraulic power packs, lub-oil systems, test rigs, cylinders among other products. The company has undertaken several large projects in the domain of governor control systems for hydel turbines, lub-oil systems for pumps used in atomic power and power packs for component test rigs. All the projects have been executed from design to commissioning. 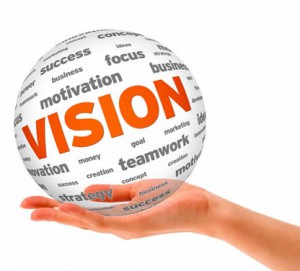 To be major and most dependable supplier of Hydraulic products and services. To offer technical solution in HYDRULICS to the Indian manufacturing Industry by offering both traded and manufactured products that would satisfy the Industrial users of machineries in Steel manufacturing and steel processing, Automobile and auto-components, forging, rolling mills, cement, Power, injection melding, aluminium extrusion, continuous casting, Hydraulic presses etc.

To encourage the modernisation of Indian Industry through supply of engineering goods and services of world class excellence and contribute to Make in India initiative.